August has been a month of extremes. From being absolutely desperate for air conditioning in Greece to strongly considering turning on the heat in Glasgow. From being obnoxiously bored to gloriously bored to so busy I could barely breathe. From being in a city buzzing with visitors to a quiet Greek island where there seemed to be as many cats as people. August has shown us a lot.

We went on vacation to Kefalos on the island of Kos in Greece just before the kids came back to school, and though I'm usually an obnoxious busy body, I managed to embrace doing a whole lot of nothing other than reading on an island in the Aegean. I also managed to consume my body weight in hummus and gyros and gelato. Not sorry.

Before we left, we managed to sneak a peak of one of the cycling road races while the European Championships of several different sports were being held in Glasgow. It was exciting to be in a city with a major event like that, provided you weren't trying to take a bus through the city centre.

I'm thinking I definitely need to give both these Savory S'mores and these S'mores Fudsicles from Spoon Fork Bacon a try. They're both gorgeous!

While we're at it, let's make some Root Beer Float Caramel Bars as well. If you're really nice, I'll share them with you. 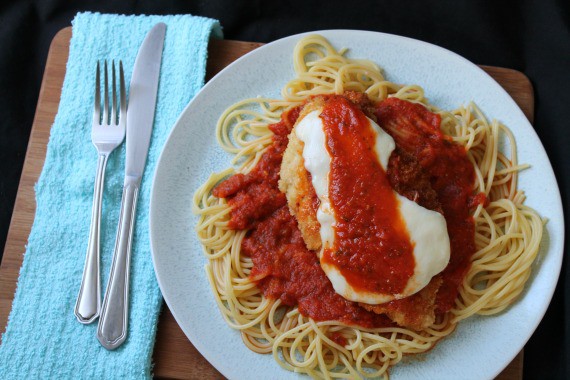 Your favorites this month were Chicken Parmesan, Passion Fruit Green Tea, and White Cheddar Fondue. Clearly I'm not the only one who can't figure out what season it is.

I'm ready for sweaters and boots and all things pumpkin spice. Hey September, you're such a babe.

More recipes you may enjoy