Belgian Waffles are crisp on the outside and light and fluffy on the inside. They're the perfect vehicle for butter and syrup, along with any other toppings you can dream of. This recipe is practically foolproof. 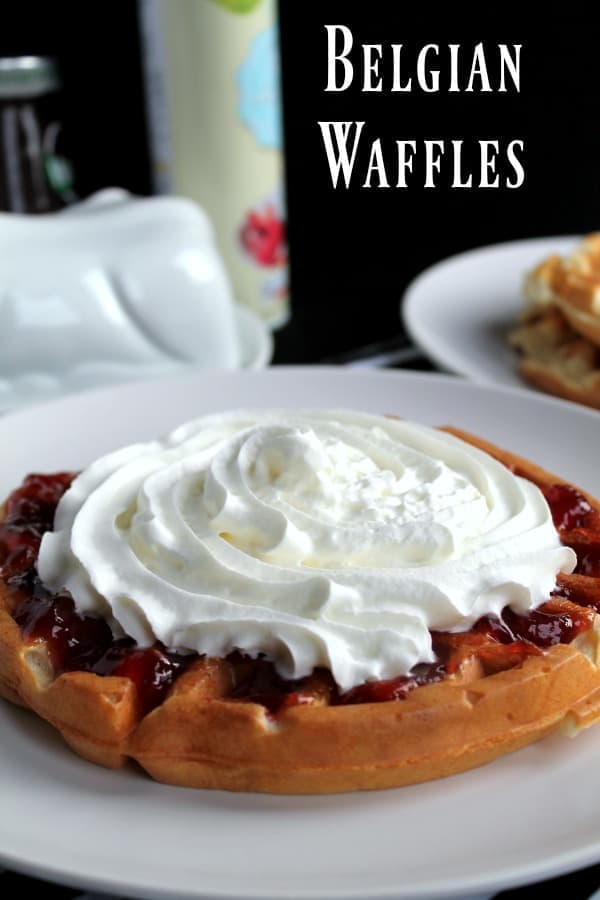 I had no idea when I moved to Scotland that it would be so difficult to get my hands on decent waffle. For some reason, waffles here are tiny and dense, more like dense pound cake than what I would expect when I order a waffle. They're nice, but they're not exactly what I want.

In my mind, a waffle should be the size of a dinner plate. It should be light and fluffy and crispy on the outside. It should be served piping hot so that when you spread the butter over it, it melts and makes little pools in all the dents. I prefer maple syrup on my waffle, and plenty of it. 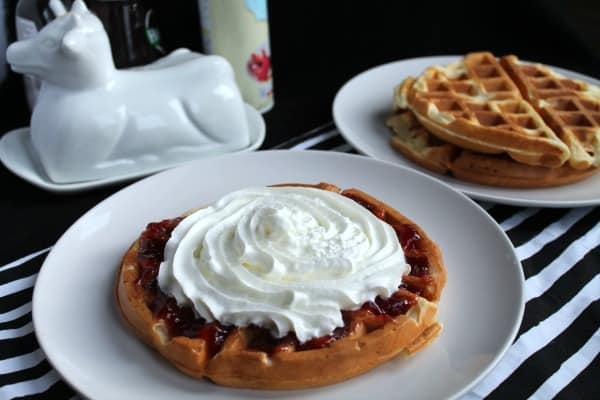 This Belgian Waffle recipe is exactly that. The way waffles are supposed to be. There's an extra step that makes sure you get the perfect light and fluffy texture. You have to separate your eggs and whip your egg whites to stiff peaks, and then fold them into the batter for an extra lift. It may seem like a fuss, but it's absolutely worth it.

You'll know it's time to remove your waffle from the waffle iron when the lid lifts relatively easily. The steam coming out of the machine will also decrease. If you try to open it too early, your waffle might split and you'll end up with two different sides stuck on the inside of your waffle iron.

Also, if you're wanting to serve your waffles all at the same time, keep them warm by placing them on a rack in a low oven. Don't put them on a baking sheet or you'll lose your crispiness on the bottom. Also, don't stack your waffles or the steam will make them go soft. And just go ahead and put out every conceivable topping. There's pretty much nothing that's not delicious on a waffle. 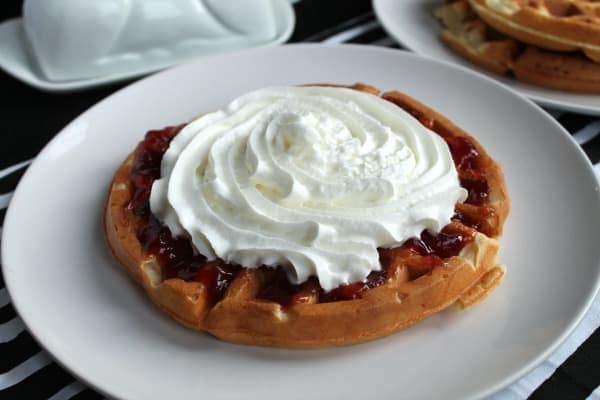 Sometimes you just have to bring the awesomeness into your own house. Make your own Belgian Waffles. It doesn't get any better. 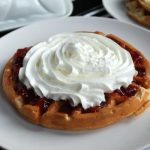 Belgian Waffles exactly the way they should be, fluffy, crispy, and oh so awesome.