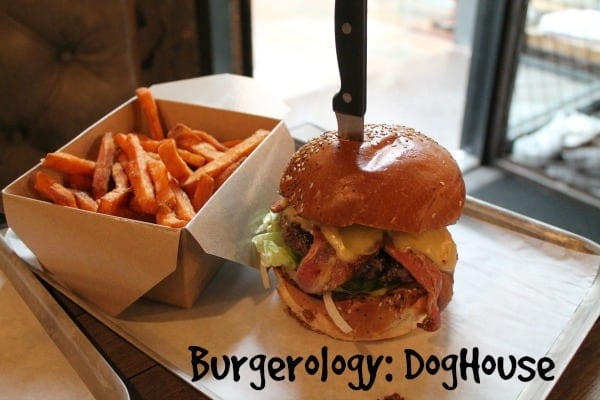 Let's go out to eat.

Great idea! What are you in the mood for?

How about a kick ass juicy burger, crispy sweet potato fries and ice cream sundae and a great beer selection?

Sounds great! Can I bring my dog?

Ever been in this situation? Everybody has to bring their dog everywhere these days. This severely down on your awesome burger choices. Thankfully, DogHouse in Merchant City is there for you.

DogHouse is a Brewdog pub, so they have a great beer selection, plus a full bar if you're not int beer. I had a much needed pint of cider after walking into town with the dog. Geoff had a framboise, and Eevee had a bowl of water brought by a friendly and dog loving staff. 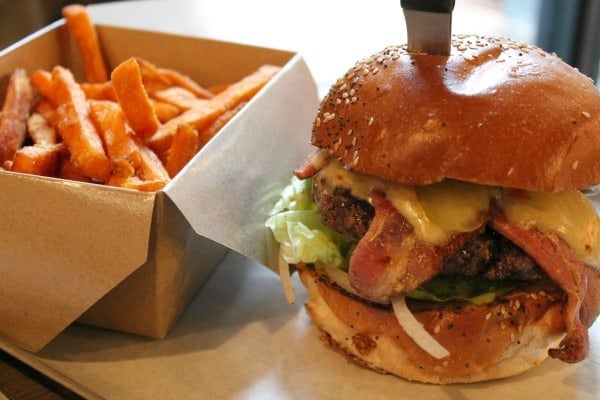 I had the Patriot burger. It featured cheddar cheese, thick cut bacon, barbecue sauce, and a bunch of veggies that I knocked off before eating. My burger was well-cooked and juicy. I actually prefer thinner, crispier bacon, but that's just personal preference. The flavor was still great. I also added a good amount of their Carolina barbecue sauce, which is mustard based. It was a damn fine burger. 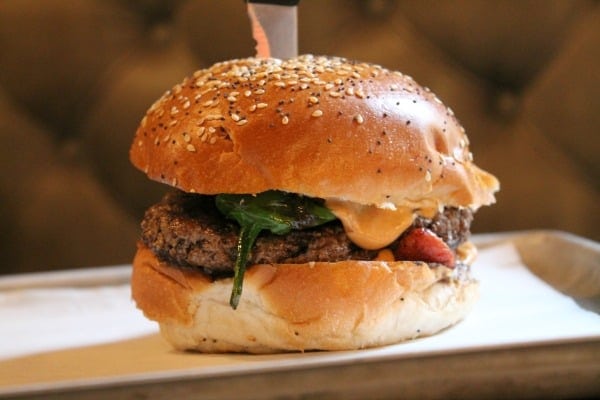 Geoff had the the Chipotle Chorizo burger and reported that it was extremely tasty. He hardly ever eats beef burgers anymore, so to see him finishing off every last bit was a real endorsement. He said the flavor from the chorizo was amazing.

We also got a side of sweet potato fries to share, and there was enough for probably four people. If you're getting a burger, don't mention that you want to share. Just have one person add them to their order. It's cheaper that way and would probably be enough for two. 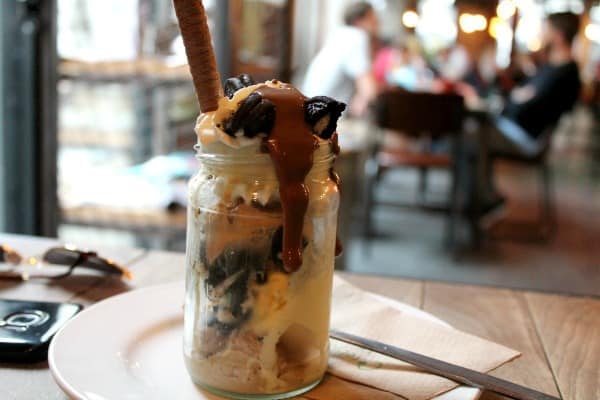 It was pouring down rain, so we decided to order dessert. We each got an Oreo sundae with salted caramel ice cream, and I didn't regret a single bite. It's just the right size for one. You don't feel like a gluttonous monster for eating the whole thing by yourself.

If you're looking for a place for a great burger in Merchant City, with or without a dog, DogHouse is the place to be.

More recipes you may enjoy