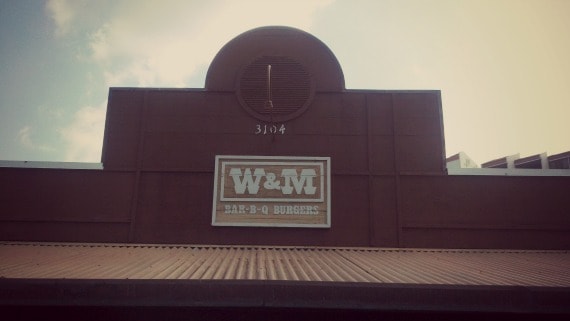 While many may claim that we live in paradise and don't have anything to complain about, I take exception in a few areas. Hawaii certainly is beautiful, and I feel quite lucky to live here, but that doesn't change the fact that I haven't been able to go to Sonic since August of 2009. Being in the middle of the ocean, a lot of major chains just aren't willing to take on the expense of opening a restaurant in the middle of the ocean. No Five Guys burgers or Carl's Jr. A place to get a great, old-fashioned, greasy, paper bag kind of cheeseburger is not that common.

That's what makes W&M Barb B-Q Burger so special. It's just a simple burger stand on Waialae Ave. You walk up to the window at one end and order your burger, and they cook it right then and give it to you in a paper sack at the other end. There are no tables anywhere. You take it home, or eat it in your car. And it's heavenly. I hear this place has been around since 1940, so they know what they're doing, and I don't think they've made many changes. I say, go where the experts are. 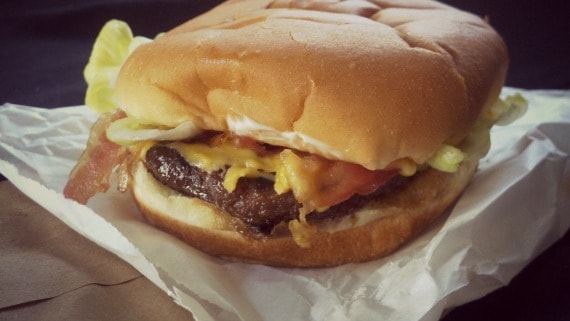 I ordered a simple cheeseburger with bacon, no relish. Of course, I should have said no lettuce as well, but it looks cuter for the camera this way. You can order some extra fixings on yours, or try one of their other types of burgers. You know I like to keep it simple. I love the thin, well-seasoned patty and the crisp bacon. I got to have mustard, mayo, and ketchup on my burger without even asking. It's an amazing burger for $4. So much better than McDonald's or Burger King. 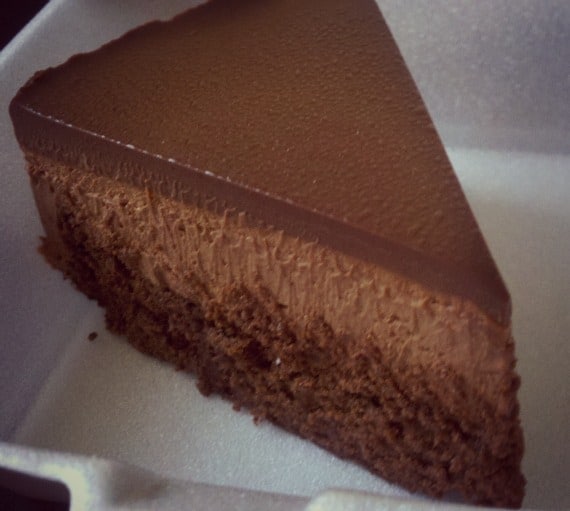 They also have some surprisingly decadent dessert choices. I skipped fries this time and got the chocolate mousse cake because chocolate. Hello, beautiful! The dense cake is topped with a thick chocolate mousse and a layer of chocolate ganache. I was not expecting something so luscious at a little wooden burger stand next to a hardware store.

W&M doesn't have a menu a mile long or kitschy decor or a bar with tropical cocktails. They do one thing, and they do it better than anyone. Delicious burgers, fast and cheap. Sometimes it's exactly what you need. Next time you're on Waialae around lunch time, be sure to stop in. They're only open until 4:30. Get your perfect greasy burgers while you can. You won't regret it.