Cinnamon Pull-Apart Cake with Lemon Glaze is made with layers of yeasted dough. It's so unusual in the best possible way. Cinnamon sugar and a thick lemon glaze are the perfect combination. 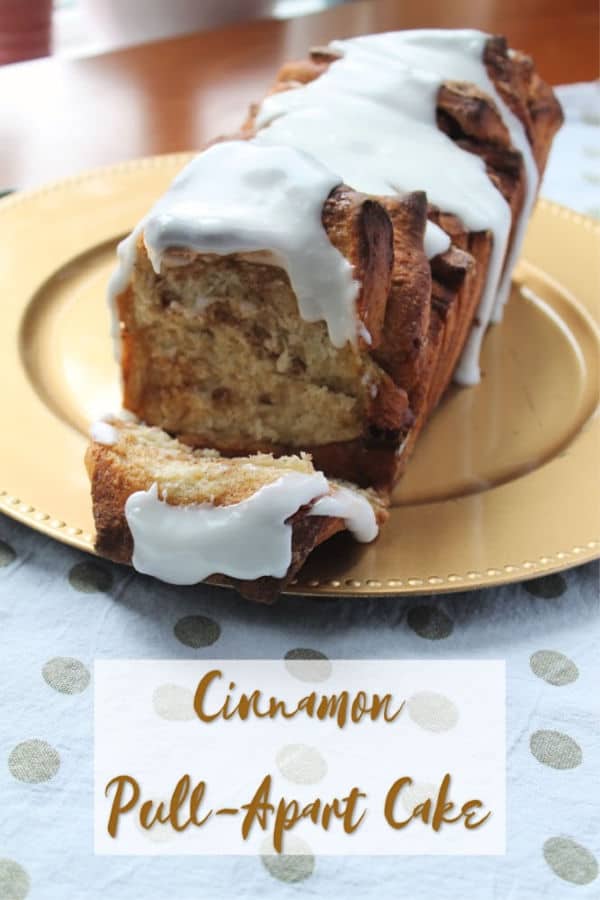 We've finally started watching the new season of The Great British Bake Off. We're meeting up with the rest of the country halfway through because I had actually been binging old seasons of Bake Off on Netflix and All 4 over the late summer, and I wasn't caught up by the time the new season started. This year's contestants took a few weeks to warm up to, but I'm finally growing attached to a few of them. Mannon is so beautiful and talented I almost can't handle it, and Briony is plucky and adorable. But Paul Hollywood continues to blow my mind with how completely out of touch he is.

What Paul doesn't know about food trends I will never understand. I checked and the man definitely has Instagram. I assume it's run by someone else because if he went on it even once, he would have seen that chocolate globe desserts are freakin' everywhere. He clearly doesn't follow food blogs because he's apparently never heard of tangzhong. And I can never forgive him for the time he pronounced chipotle as chi-pot-el on one of his cooking shows. Are we sure he's an actual expert? 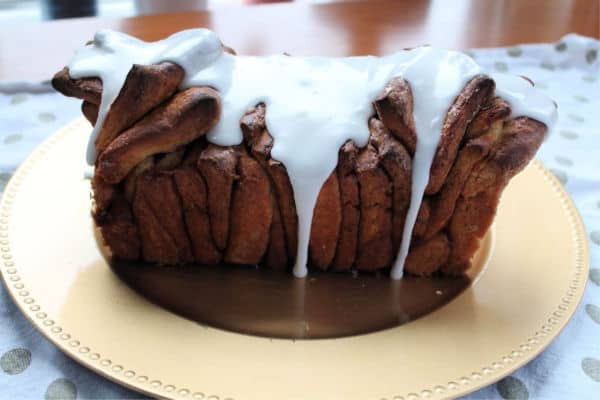 What makes Cinnamon Pull-Apart Cake with Lemon Glaze so awesome?

Hopefully Paul's had a pull-apart cake, though I certainly wouldn't want him to judge mine. Although I feel that the slight wonkiness of this Cinnamon Pull-Apart Cake adds to its charm. Between each layer of enriched yeasted dough is butter and cinnamon sugar that melts into the most delicious goo as it bakes. There's also a generous layer of lemon glaze that adds a sweet brightness to the whole thing. This dessert is a great combination of crunchy top, chewy bottom, and sweetness and spice. We love it.

Like with any yeasted dough, this cake is a bit of a project, but there's nothing excessively complicated. It's just time consuming because of the multiple rises for the dough. There's also a bit of low key geometry, but don't worry, you're not being judged, so no need to get out your ruler. 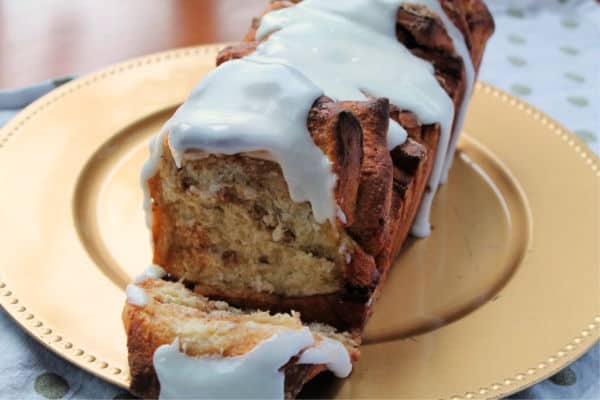 This cake has so many possibilities. You could easily modify it to make your signature flavor. We're starting with Cinnamon Pull-Apart Cake, but I'm pretty sure you'll be seeing some variations on this in the future. 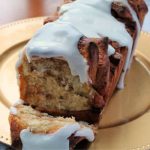 Cinnamon Pull-Apart Cake is chewy and sweet and perfect for autumn.