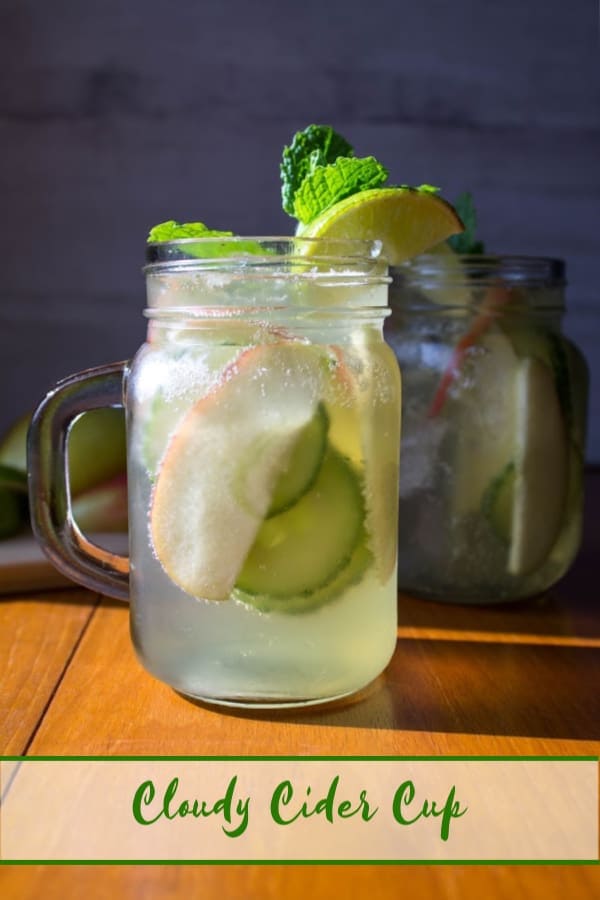 This Cloudy Cider Cup is made with cloudy or scrumpy cider and gin, plus lots of fruit and other good stuff. Every event ever might be cancelled, but you can still enjoy an ice cold cocktail by the window while watching Battle of the Sexes or something. I don’t know anything about tennis, but I know this drink is good. Give it a try.

They just keep cancelling things. Last week, they announced that Wimbeldon was cancelled, and I thought British people might all cry. I don’t get tennis at all, but I am pro drinking cold cocktails with lots of fruit, so a Pimm’s Cup is where my interest ends.

Now, the Olympics, on the other hand, has me heartbroken. I’m obsessed. I have been since I was a little girl. I can remember watching synchronized swimming on TV during the LA Olympics, and that was in 1984, so I would have been like five. You know I hate sports. I’ve never played an organized sport in my life. But I watch every minute of the Olympics I can get access to. Even the really weird sports. I’m so worried that something will happen to Simone Biles before next year. Is anyone else oddly nervous for her? I’m a freak.

How to make a Cloudy Cider Cup

Anyway, back to this drink. This Cloudy Cider Cup is simply a combination of cloudy or scrumpy cider which is unfiltered and slightly higher in alcohol, plus a shot of gin. But the fun part is everything else that goes in the cup. Thin slices of cucumber, red apple, and lime can all go in. Plus a sprig of fresh mint for a bright herbal hit. Serve it ice cold so it’s super refreshing.

So maybe we can’t go outside and watch people performing outstanding athletic feats. That doesn’t mean we can’t still make a fancy drink and watch gymnastics on YouTube. Try this Cloudy Cider Cup. It’ll be awesome.

I think I've turned sunshine into a cupcake. These