Swiss and Bacon dip is pretty much the best thing I've ever eaten. Cream cheese, shredded Swiss, green onions, and crispy bacon all get baked in the oven then scooped into a sourdough bread bowl for the absolute best party food of your life. You might want to double this recipe because people won't want to stop eating. 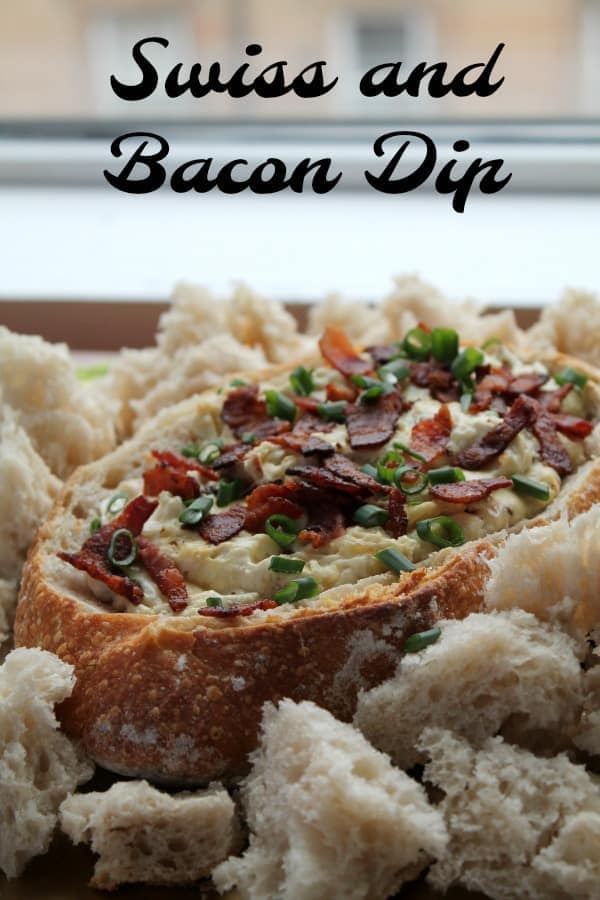 My love of cooking started long before this blog and has only grown over the years. It began with an unexplained obsession with The Food Network. Like, that was all I ever watched on TV. Rachael, Ina, Giada, Paula, Alton, Nigella, Emeril, they were my cooking teachers. Literally everything I know about cooking I learned from them.

And I'm still mediocre at best. I think the only thing you have to do to get your friends to say you're a great cook is to actually cook something. So few people actually take the trouble to cook things that whenever someone mixes a few ingredients and pops it into the oven, they're impressed. I'm happy to keep fooling them. 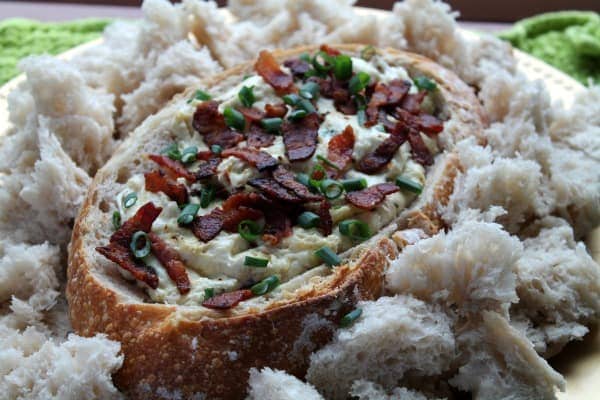 What makes Swiss and Bacon Dip so awesome?

This Swiss and Bacon Dip is something I've been making for ages and was originally a Rachael Ray recipe. I look for excuses to make it all the time and consequently have served it at almost every part I've ever thrown, and even sometimes at other people's parties. I even served it at my wedding. If you're a long time reader, you might remember the first time I posted this recipe with horrible photos from that event.

It's also among the recipes that people most often ask me for, and even friends who say they never cook have made it successfully. It's super easy. Crisp up some bacon. Mix together a few simple ingredients. Heat it all in the oven. Wow your guests with a bread bowl. They'll think you're a genius. 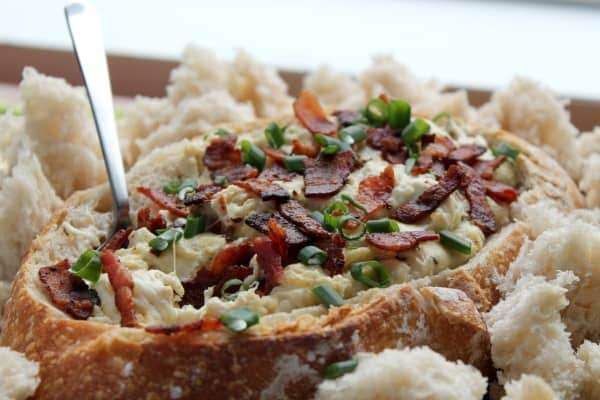 Delicious food is simple than you think. Anyone can cook. If you think you can't, just try making this Swiss and Bacon Dip. You'll be a believer. 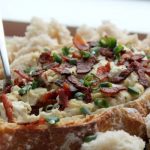 Swiss and Bacon Dip is so easy anyone can make it, and so delicious everyone will love it.

« Awesome in May
Yellow Cake with Chocolate Frosting »