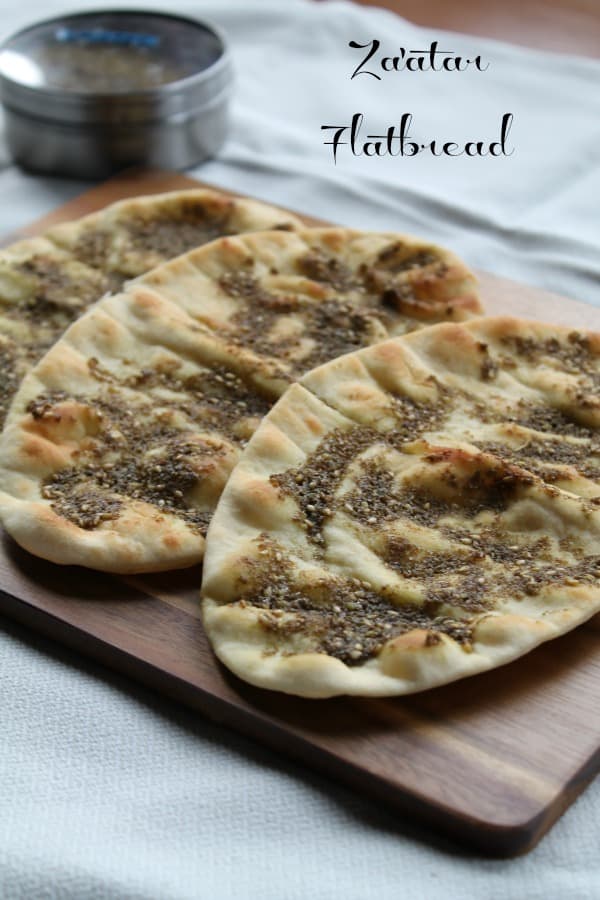 Make store-bought flatbreads extra awesome by transforming them into Za’atar Flatbread. Drizzle on some olive oil and plenty of this Middle Eastern spice blend. It’s got a bright, sunny flavor that’s totally irresistible.

I’ve just watched the US Women’s National Team win their fourth World Cup and defend their title, and it’s unbelievably thrilling. There’s so much animosity towards the US from the rest of the world, that I always feel like I have to hide a little bit watching them from Scotland, but I’m excited and I don’t want to whisper.

It’s time for these women to get equal pay. The powers that be are running out of excuses. A billion people watched today’s final, and the quality of play was tops. Pay these women, and all women, what they’re worth. We deserve it, and we shouldn’t let them world forget.

How to make Za’atar Flatbread

To call this Za’atar Flatbread a recipe would be a bit ridiculous, but eating this Za’atar Flatbread is absolutely divine. Za’atar is a Middle Eastern spice blend with sumac, sesame seeds, and some other dried herbs. This was the first time I’d tried eat after reading about it a bunch of times. I wasn’t sure what to expect, and I was pleasantly surprised by the brightness of the Za’atar. I can’t wait to try it on everything.

Like I said, it’s pointless to write a recipe. Buy some of your favorite flatbread, crank up your broiler or grill, mix about a half tablespoon of good olive oil with a half tablespoon of Za’atar for each flatbread, spread it on, and cook for about two to three minutes until the bread is brown and crisp. Keep an eye on it to make sure it doesn’t burn. This would be a great accompaniment to grilled chicken or kebabs, or dipped in your favorite hummus.

Football and feminism are great, but you still gotta eat, so add some Za’atar Flatbread to the mix. It’s gonna be awesome.

Get ready to have the world's best smelling house.