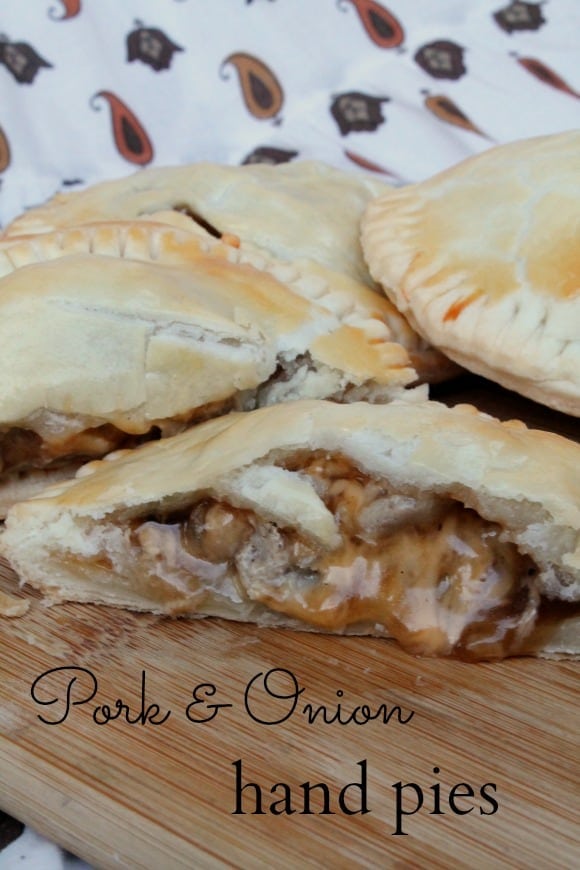 Do you ever feel like a mad scientist in the kitchen? I normally a recipe follower, so I don't wing it very often. Of course, even with a recipe, the first time you make it is still an experiment. How will all the different variables perform in your kitchen? Sometimes it turns out amazing, sometimes not so much. This experiment, though, was a huge success. 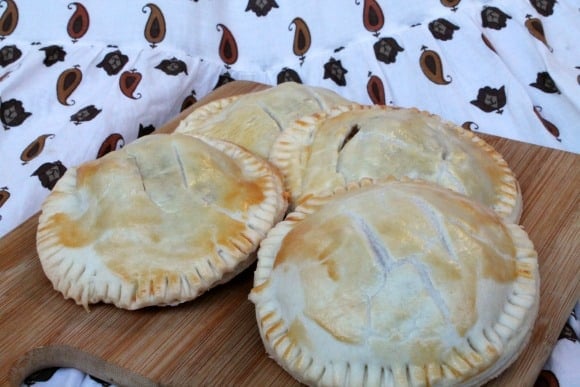 It was my husband's birthday recently, and he wanted some of his favorite English foods for his party. One of the things he requested was mini-pork pies. I followed the recipe, basically, and the pork pies came out good, but I had a ton of filling leftover. I cooked it up and stored it in my fridge until I could think of what else to do with it. That's when the idea for these hand pies came to me.

I made my life in a hot kitchen a little bit easier by using store bought pie crust and piled some pork and onion, jarred gravy, and shredded sharp cheddar onto rounds of dough. Each pie got a lid, got brushed with an egg wash, then got popped into the oven. I was nervous the first time I tried them. Some of my experiments have been less than awesome, including another one I tried this week with the rest of the leftover pork. But this one was heavenly. Soft flaky crust surrounding savory pork and onion, a punch of flavor and richness from the cheese and gravy. Man, I'm a genius.

Experimenting in the kitchen can be exciting. And when it works, it not only satisfies your hunger, it also satisfies your creativity. Go mad. Make something awesome. 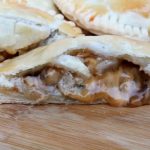