Cowboy Spaghetti is made with beer, bacon, cheddar and hot sauce. It takes a traditional spaghetti bolognese and amps it up into total dude food. Everyone will love it. 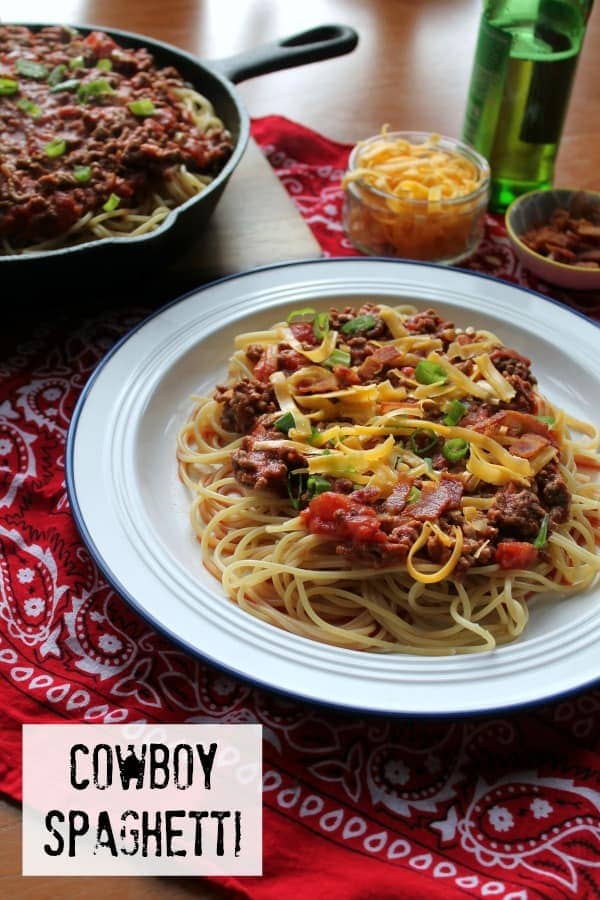 I look forward to occasionally staying at a hotel or a person's house with cable so that I can relive my Food Network binging days when things get boring. I was a bit let down the last time I tried this. Food Network in the UK is sort of awful. They basically only have a handful of shows that the play in four to six hour blocks. One of them is Jamie Oliver, and that's beautiful, but they also play The Pioneer Woman for hours on end, and I just can't abide. It's a good thing no one reads my blog because I'm sure I'd get kicked out of the blogosphere for it, but I find her show so annoying and contrived.

I miss the good old days when Saturday and Sunday mornings featured a different show every half hour, each one with actual recipes and cooking, not silly food competitions or restaurant tours. Adrianna from A Cozy Kitchen shared a clip of Sandra Lee making a cocktail the other day, and it was a hilarious hit of nostalgia. I vote they make a Food Network Classic channel where they just replay all the great shows from the 2000's. Sounds pretty awesome to me. 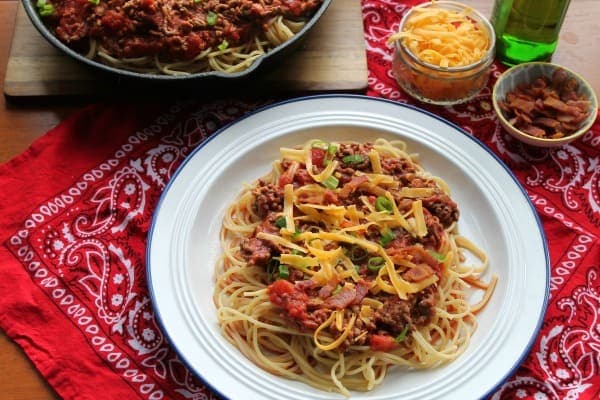 What makes Cowboy Spaghetti so awesome?

It's official. Bacon makes everything better. Case in point, this Cowboy Spaghetti. What makes this different from regular spaghetti bolognese? There's your standard onion, garlic, and tomato, but along with bacon, there's also beer instead of red wine, a bit of hot sauce, and cheddar cheese instead of parmesan. It's an absolutely delicious twist on a family classic. I was proclaiming myself a genius as I ate. Maybe that's why I didn't notice Geoff stealing the remaining bacon that was meant to accompany the rest of the pot of pasta.

This is adapted from a Rachael Ray recipe from her 30 minute meal days, so you know it's easy to accomplish. It will also easily feed your whole family, as we're cooking up a whole package of spaghetti here. With just the two of us in the house, we'll be eating this for probably three days, but I'm not mad at it. 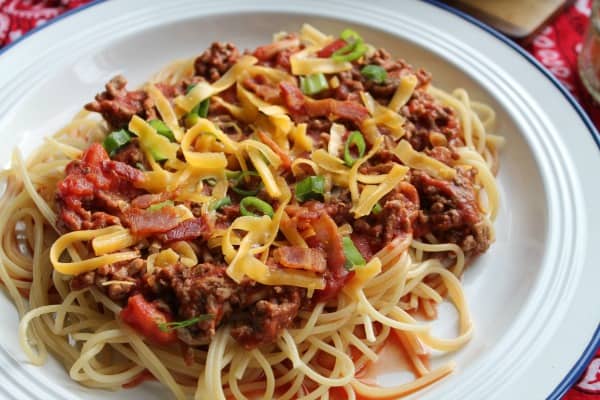 Cowboy Spaghetti has all the good things. Who's coming over for dinner? 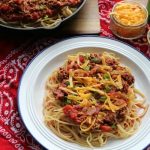 Cowboy Spaghetti is an awesome twist on a family classic, loaded up with bacon and cheddar cheese.